The 108 Upanishads are considered the essence of all the Vedas, and Isopanishad is foremost among them. Discover the distilled essence of all knowledge in these eighteen enlightening verses.

For thousands of years, people on a spiritual quest have consulted the mystical, intensely philosophical Upanishads. Isopnishads are considered as esoteric truths expressed in subtle codes. Deep as the unfathomable oceans it is often revered by enlightened sages and thinkers all around the world. Sri Isopnishad is the considered to be the first of the 108 Upanishads composed by Veda vyasa. The 18 brilliant verses along with simplified explanations and meanings would lead you to understand the completeness of the absolute truth, personal and impersonal aspects of God, man’s position in the brahmanda or universe, and attainment of spiritual perfection.

There are no reviews yet.

Be the first to review “Sri Isopanisad” Cancel reply 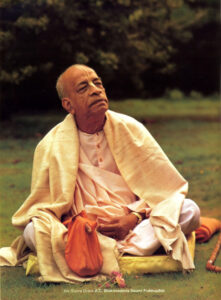